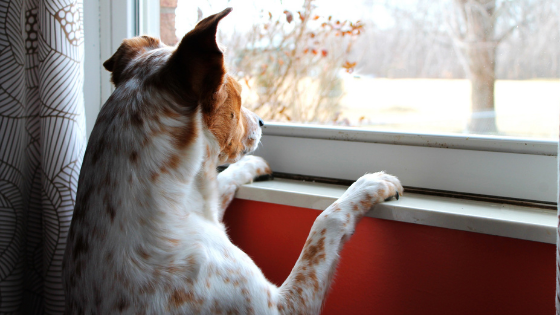 We’re pelting through May at a pace and closing in on the mid-way point of the year. There’s still plenty of things to look forward to in 2022 though. Here are just a few.

Book Two of the Haven Chronicles

It’s so close and I’m as keen as my readers to get my hands on a copy of the second novel in my futuristic fantasy series. I so want to share Steve’s continuing journey into magic with you all. Just a little bit longer, honest.

Burning Chair’s own Peter Oxley has a new fantasy novel out this year too. The Great Big Demon Hunting Agency features two side characters from his earlier dark fantasy Infernal Aether series. I don’t have a publication date or official blurb yet, but here’s what he said about it in my interview with him last year:

My latest book is one I’ve been threatening my readers group with for far too long. It’s called The Great Big Demon Hunting Agency, and is an irreverent spin-off from my Infernal Aether books. It takes place a couple of years after the events of Beyond the Aether and focuses on a couple of characters who were bit-part players in the main series – lovable rogues Spencer and Bart.

In terms of inspiration for the book, those two characters were initially just little plot devices, but they muscled their way in to the story time and again, insisting that I give them more air-time. I had to cut most of their scenes from the main series – they were too much of a distraction from the main story arc and characters – so I promised myself I’d give them their own proper series when I could.

As a fan of the Infernal Aether, I can’t wait to get my hands on this novel.

The Stone of Destiny by Andrew Neil MacLeod

Last year, I read and reviewed The Fall of the House of Thomas Weir by Andrew Neil McLeod. I enjoyed this historical paranormal novel immensely so I was excited to find out that the follow-up novel, The Stone of Destiny, will be published in October. Here’s the blurb:

What if the Coronation Stone at Westminster—the stolen relic on which the High Kings of Scotland had been crowned for over seven hundred years—was a fake?

What if the true Stone of Destiny was still out there somewhere, hidden away by a Holy Order to protect it from English invaders?

When Doctor Johnson turns up at his friend James Boswell’s door after an absence of almost seven years, he makes Boswell an enticing proposition: to join him on a quest to recover the true Stone of Destiny.

What follows is a breath-taking journey through the Highlands and Lowlands of Scotland, from Edinburgh up to the furthest reaches of the northern isles. Plunged into a dizzying world of secret societies, occult mysteries, and supernatural phenomena, the two friends leave no Neolithic stone unturned in their search to uncover the truth.

Eighteenth century Scotland has never been so magical… and terrifying.

I don’t get a lot of spare time to watch TV. I therefore keep a look-out for new releases on Netflix and Prime Video so that I can spend my viewing time wisely. There are three main 2022 releases that I can’t wait to watch:

After the Covid-19 lockdowns and restrictions of the last two years, my husband and I are finally getting away on a holiday abroad this year. I’m excited and nervous and excited again. It’s surprising how quickly I’ve become accustomed to staying close to home because of the pandemic. This’ll be an opportunity to dress up, kick back, take a ton of photos, and make plenty of memories.

My son’s A’ level results

Like many young people who should have taken their GCSEs in 2020, my son is facing his first proper exams in the form of A’ levels. His exams are in June, so he’s head down in revision. He’s hoping to go to university in the autumn, so his final grades are paramount. Fingers crossed for a brilliant result.