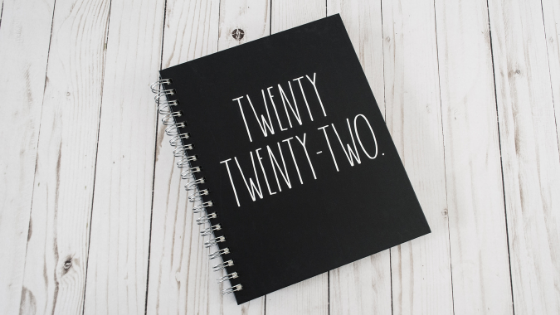 Book 2 of the Haven Chronicles

Unfortunately, my publisher’s schedule for 2021 meant that the second instalment in my fantasy series didn’t make it out of the stalls last year. The good news is that book 2 will definitely be published in the first half of 2022.

Over the next few months, I’ll be asking for beta readers to help me polish my novel and ARC readers to get the word out to the reading community. I’ll also be revealing the book’s title and cover design. If you want to get involved as either a beta or ARC reader, drop me an email or register with Burning Chair’s reader group.

I can’t wait to share Steve’s continuing journey into magic with you.

While I waited to hear back about book 2 last year, I began to write the next novel in the series, and that will continue in 2022. I greatly admire authors who can write a first draft in a couple of months, but unfortunately that isn’t me. The target is to have the first draft of book 3 finished by the autumn. Fingers crossed.

In my December newsletter, I let subscribers access a deleted scene from Haven Wakes. The plan is to get subscriber eyes on deleted scenes regularly throughout the year – perhaps on a quarterly basis.

If you haven’t signed up for my Author News yet, you can subscribe here.

Writers are readers too

Last year, I only managed to read ten fiction books. In 2022, I want to increase that to at least twelve. Christmas presents and shopping got me off to a good start with my to-be-read pile. I have nine physical books and one e-book (Ghosts: Being the Experiences of Flaxman Low by K and Hesketh Pritchard) so far.

That means lots of 2022 book reviews on my Instagram and plenty of book recommendations in my newsletter too.

So that’s my writerly and readerly 2022 mapped out. Fingers crossed, it all goes to plan. I’ll keep you posted.

Photo by Debby Hudson on Unsplash 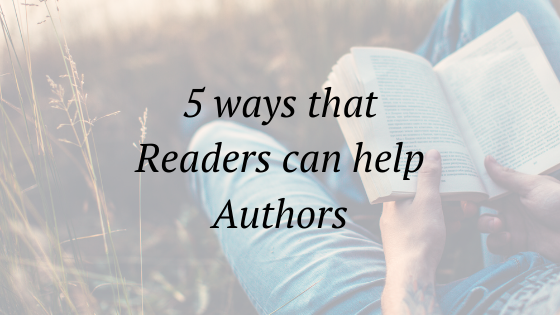 Over the last couple of days, I’ve been asked the same question by a friend and a couple of readers. All three of them have read my debut fantasy novel Haven Wakes and left glowing reviews, but they wanted to know what else they could do to make my life easier.

After a think, this is what I told them.

Here’s what I mean:

Whenever you comes across a chance, please recommend my books.

With any luck you’ve already connected with me on at least one of my social media channels:

If you come across my social media posts, especially ones pointing to my newsletter or book sales page, it would be really helpful if you could widen my reach by sharing my post with your connections.

Blog about my books

If you run a book blog, whether that’s as a writer or a reader, it would be really appreciated if you could drop me and my books a mention.

If you need content for your blog, let me know and I’m more than happy to answer your questions for an author interview, pen a blog post on writing-craft, or write a piece on some other suitable topic.

Even better, sign up to be an ARC reader and blog as part of my next book launch.

In return for a mention on your blog, I’ll happily share it on my social media channels. It’s a win-win for us both.

If you want to buy my book in paperback from your local bookstore but they don’t stock it, why not ask them to order it in? With any luck, they’ll buy in more than one copy so some other reader can get their hands on it. You could even take a shot of my book on their bookshelves and post it on social media (don’t forget to tag me though).

I know that not everyone can afford to buy my book. The next best thing is to borrow a copy from the local library. If this is you but they don’t have a copy, it would be really appreciated if you could ask them to order it in. I dropped off a copy to my local library for just this reason.

Social media is an absolute boon for authors to get the news out about their latest books, but it’s reliant on algorithms and readers being online at the right time to see our posts. A mailing list doesn’t have either of these restraints and is the best way to keep up-to-date with an author and their latest news.

And if you have friends who you think might appreciate reading my Author News too, why not forward my newsletter on to them.

While buying our books and leaving book reviews will always be the best way to help us authors, lovely readers like you can make us smile in so many other ways too. 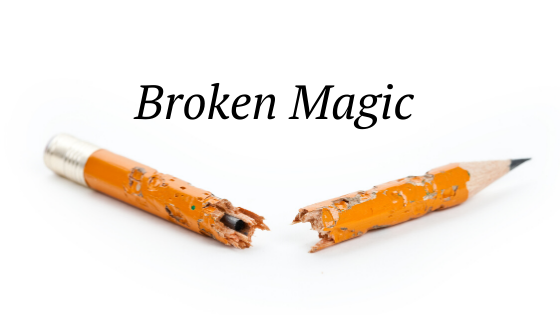 On the last day of June, something awful happened. MailerLite broke.

I use MailerLite to send out my author newsletter at the end of each month, but due to an infrastructure upgrade – “the most complex project in our history” – that has proved impossible.

Fingers crossed everything will be fine and dandy in time for my July newsletter to go out.

So in the meantime, I thought I would share my June newsletter with you here on my blog.

Kind words, a catch-up and a new book recommendation

Summer can’t make up its mind

One minute it’s too hot to do much other than laze around with a hefty supply of ice lollies, the next the rain is so heavy that you can hear it on the roof and the patio.

I refuse to give in to the inconsistency of the British weather though. My summer wardrobe is staying out, even if sandals are no good for dealing with puddles and my knees are a tad chilly.

This time last year, I posted a blog about what was going on in my life.

So I thought I’d repeat that this June and tell you what’s happening in the Life of Fi. You can read the full blog post here.

I’m lucky to be part of a wonderful community of writers and two more of them were kind enough to let me guest post on their blogs this month.

The first post was What to expect when you’re published by an independent publisher for Melissa Hawkes. A couple of days later, I was featured as Writer of the Week by Mrs Average Evaluates.

Gene Kendall is a fellow Burning Chair author and I had the pleasure to beta read his novel, Love is Deadly.

Brad has a big problem.

Not his crippling credit card debt.

Not his ex-wife, and current business partner, who still blames him for the messy break-up of their marriage.

Not his lovable, but spiky, personality that keeps him alive, but alone.

No, Brad’s big issue is that he sees dead people. And those dead people have started to fight back.

Brad is a paranormal investigator who uses his powers to shepherd the lost souls of the newly-departed to the light on the other side. In return for a fee. Naturally.

But when a case goes badly wrong, Brad finds himself the prisoner of those he’d usually be hunting. Can he use his unique talents to save not only his own skin, but all of humanity?

You can pre-order Love is Deadly here.

I’m at that exciting stage in writing Book 2 of the Haven Chronicles where the first draft is almost finished.

I have a small number of chapters to write which will include a confrontation at sea and an escape for some of the characters. Within the next few weeks, I’ll be sending it off to Burning Chair. Fingers crossed they like it as much as Haven Wakes.

Or what readers have been saying about Haven Wakes.

I’ve had some brilliant book reviews over the last few weeks.

From Beccy11 on Amazon:

This is the first book in a new sci fi series and not only did I absolutely love it, so did my 15 year old. The main character Steve is very engaging and the story is well written. My son likened it to a robotic Harry Potter – make of that what you will! A brilliant read – thank you.

From Sue Wallace on Goodreads:

I really enjoyed this book. Great story and some good characters. Looking forward to the next book.

Connect with me on social media

You can keep up with all my news and daily goings-on by connecting with me on social media. You might even see the occasional photo of my dog, Bailey.

Of course, you can always find my website here.

Talk to you in July. Stay safe.